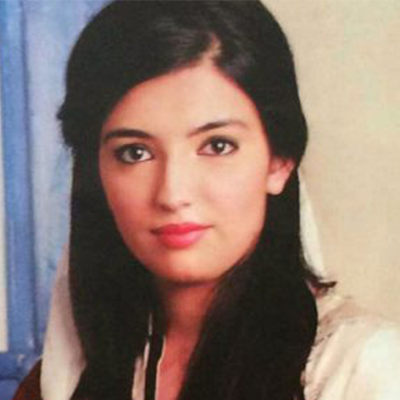 After the revival of the Foundation from its dormancy in 2020, Aseefa Bhutto Zardari, the daughter of Mohtarma Benazir Bhutto, endeavored to continue the mission of her mother and carry on the legacy of her grandfather. The foundation is now steering into a new direction under her leadership and is initiating new projects and activities of public importance.

“The Purpose of Democracy is to bring about the flowering of society and to know the inner thoughts of the people without fear. The society will perish until we strengthen the weakest amongst us”.

“A welfare state is scared to death of every poor person. A nation that does not ensure equal rights to all, fails to prosper. Today, Pakistan needs a society based on equality to ensure a better livelihood for its citizen”

Shaheed Zulfikar Ali Bhutto Foundation (SZABF) was founded by Mohtarma Benazir Bhutto in 1995 to commemorate and keep alive the vision of her father and former Prime Minister of Pakistan Zulfikar Ali Bhutto. The foundation aimed at minimizing the disparities between the privileged and the poor class of the society and providing equal rights, education, and better living standards, especially to the underprivileged, by organizing welfare activities and developmental projects.
However, its activities came to a halt during her years in exile since 1998. When Mohtarma returned to Pakistan in 2007, she was assassinated in Liaquatabad, Rawalpindi. During the same year, two of the board members, Mr. Sheikh Rafique Ahmed and Mr. Abdullah Shah, also passed away after battling with protracted illnesses.
The lack of leadership and Mohtarma’s assassination, along with the prolonged periods of inactivity, led the foundation into dormancy. In 2020, the foundation was set up for a fresh start under the leadership of Aseefa Bhutto Zardari. The CEO of the Foundation, Mr. Saleem Mandviwalla, revived the Foundation and vision of Mohtarma Benazir Bhutto in its true spirit.

Mohtarma Benazir Bhutto (1953-2007), well known as the “Iron Lady” of Pakistan, is an icon and inspiration for women across the globe.
Mohtarma Benazir Bhutto was elected Chairperson of the Pakistan People’s Party (PPP) in 1986. Leading her party into the Government in the 1988 general elections, she became the Prime Minister of Pakistan at the age of 35. She was not only the youngest chief executive but the first woman Prime Minister in the Muslim World. During her time as PM, she won the hearts of millions with her governance and sheer determination to improve the living standards of the underprivileged class of our country. Due to her untiring efforts to bring about a change in society during her tenure, she was elected as Prime Minister of Pakistan once again in 1993.The assassination of the former Pakistani Prime Minister and activist Benazir Bhutto is a vicious felony that disgraced a society and highlighted its impotence in protecting its distinguished individuals. She wasn’t just any ordinary woman. She was the daughter of Zulfikar Ali Bhutto, who was the former President (1971 to 1973) and Prime Minister (1973 to 1977) of Pakistan, and the founder of the Pakistan Peoples Party (PPP), which is one of the largest and most influential political parties in Pakistan..

Mohtarma Benazir Bhutto always endeavored to provide fundamental necessities to every Pakistani citizen. She enforced Democratic and human rights policies so that any ordinary person could enjoy the rewards of Democracy and freedom that he had never experienced before. Mohtarma strongly advocated for women’s rights. She led her people to denounce all sorts of violence and discrimination against women and abhor the abuse of their rights. She also highlighted the significance of reviewing several judicial sentences, particularly with regard to the poor social conditions the society was facing, giving women some freedom. As an active member of the Council of Women World Leaders, she continually encouraged the world leaders to address women’s health issues. She also launched different programs to educate women to make them economically independent. The legacy that she left behind has been an inspiration to many. Several universities and public buildings in Pakistan bear Benazir Bhutto’s name, and her career has influenced many activists.

Shaheed Zulfikar Ali Bhutto Foundation is one of her dream projects and a vision that she inherited from her father, Zulfikar Ali Bhutto. It is one of the initiatives that she took to eradicate social inequality and ensure fundamental rights to the segmented class of our society.
Although she is no more amongst us, her mission is still alive, and the world remembers her contributions as an advocate of human rights.

“I think leadership is very much predicated on the capacity to absorb defeat and overcome it.” Benazir Bhutto

“A people inspired by democracy, human rights and economic opportunity will turn their back decisively against extremism. The government I led gave ordinary people peace, security, dignity, and opportunity to progress ” Benazir Bhutto