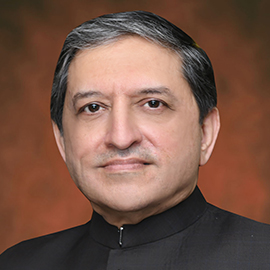 Saleem Mandviwalla belongs to an educated aristocratic family of Karachi. With a love for flying and soaring the skies, Mr. Mandviwalla graduated from Fort Worth School of Aviation in Fort Worth, Texas USA Back in 1981 and was authorize with a commercial pilots license from the United States of America- which makes it all more unique to come across a politician who can fly a plane! Amongst other hidden talents in early years was having an athletic sports background excelling in swimming and field hockey memories displayed on a proud trophy case on the wall from glory days. Which is why it is no surprise to see him on a sports bicycle on a Sunday Afternoon ridding to stay fit as fiddle.

Saleem Mandviwalla has a strong acumen coming from a renowned business family in Karachi since 1921, he inherited it from his forefathers, with his vast business in certain sectors Saleem Mandviwalla ran the business with a keen eye and zest and in a very early age he reached to its peak.

With his cosmic background in Aviation, Finance, Economy, Trade and Investment he held various positions in these sectors for more than 30 years He got his graduation degree in Aeronautics from Fortworth School of Aviation – Ft. Worth Texas USA in year 1981.

During the years based on his untiring performances he was able to hold following offices and positions throughout his career:

His efforts made Baluchistan the center of economic activities and Lasbela emerged as industrially and commercially most active region of the province. Mr. Mandviwalla during BOI days liberalized the country’s regulatory environment to facilitate FDI and introduced the idea of establishment of Special Economic Zones (SEZs) in Pakistan.

After elected as Senator in 2012 and ensuring remarkable improvements as finance minister of Pakistan in 2015 he glorified his time as Chairman, Standing Committee on Finance, Revenue and Economic by holding 150 record meetings in history of senate and resolved many countless issues of public importance. Later, He was appointed as non-statutory Member of National Finance Commission, representing Government of Sindh and was also appointed as Member of the Board of Institute of Business Administration, Karachi in 2015.

His services for Shaheed Zulfikar Ali Bhutto Foundation are well acknowledged in the amid break of coronavirus he distributed the PPE kits, Masks, PCR and antibodies doses across Pakistan in all the provinces to the frontline health workers and the people in need. He always promoted education for the people in need and pay their school fees. He was the one he took the initiative of the project name as “Walk to School” and had so far provided 200,000 school shoes to the school children.